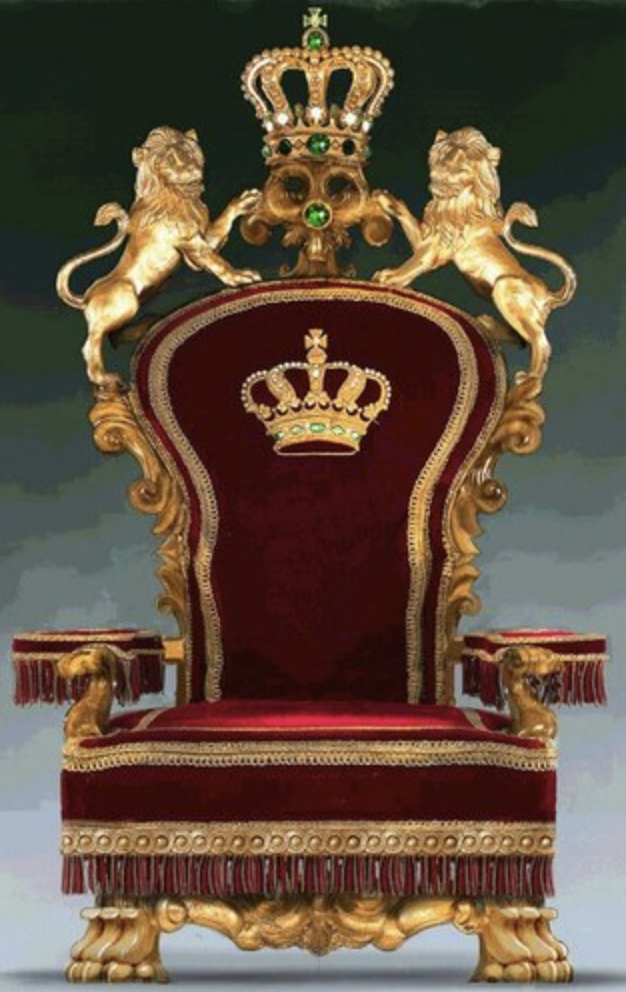 As per Constitution of India : 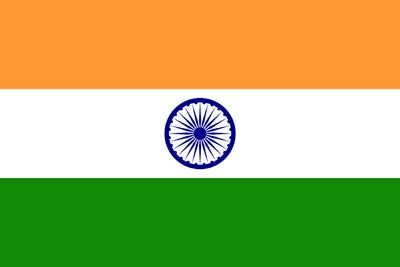 Wishing everyone a happy independence day 2020.

Wishing everyone a happy independence day 2019. Let the national flag be unfettered throughout this great nation. Let the flag fly high taking India to greater heights. 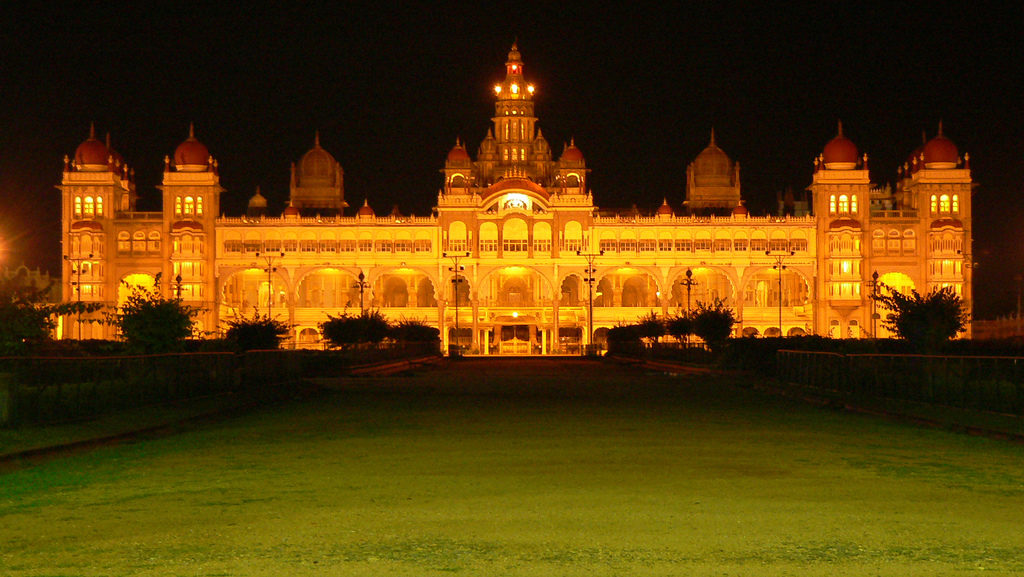 The legacy of Mysuru Dasara festival dates back to four centuries ago. The 10 days of celebration in Mysuru city represents the tradition and rich cultural heritage of Karnataka. During these 10 days Mysuru city and Mysuru palace is decorated and grandeur of the place is reclaimed.

The story of Mysuru getting it’s name gives a picture of the place and festival.

Mysuru gets it’s name from a asura(demon) known as Mahishasura.

Folktales of this place or the history here says that long ago in Mysuru lived Mahishasura who performed deep penance and requested a boon from lord Brahma.

The boon was that ‘Mahishasura should not have death’. Brahma to which replied all beings that are born must die. In turn Mahishasura asked for a boon that if he must die, let it be at the hands of a woman. To which Brahma agreed and granted the boon.

When Mahishasura became invincible, goddess Chamundi(a form of goddess Durga) was born in order to kill Mahishasura. A fierce battle ensued between Mahishasura and Chamundi before Mahishasura  was killed.

Hence, the name Mysuru for the place.

Untill 1973, the present state of Karnataka was known as Mysore state.

Chamundi hills located close to the city of mysuru is the abode of goddess Chamundi. 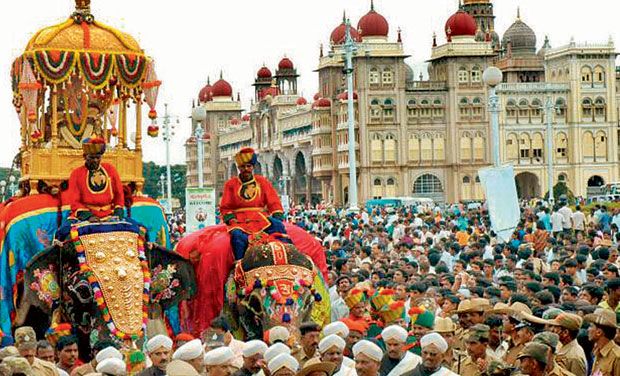 The state goddess Chamundi is carried on a procession by a group of elephants with Arjuna(chief elephant 2018) carrying 750 Kg golden howdah having the idol of goddess chamundi.

People from various countries and states arrive at Mysuru to experience the beauty of this occasion.

On this auspicious day, wishing everyone a happy Dasara. 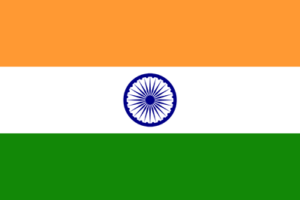 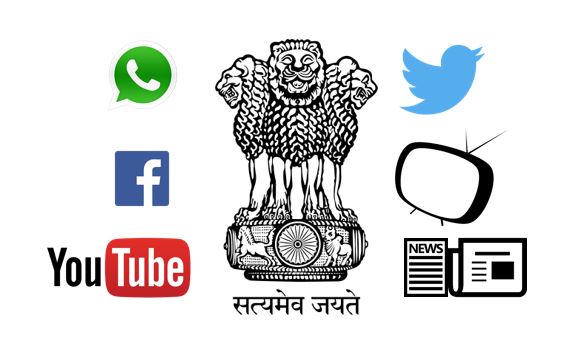 We live in a tech savvy world where political polarization is widely done than ever before. Technology which was meant to bring transparency and clarity is used to clog and obscure people of reality.

Elections which are a quintessential part of democracy has been diluted of it’s attempt to create true change and nation building process.

There is a reason to discuss about current trending technologies as the following avenues can create a biased opinion in the minds of voters.

Further, the comments on posts and the likes/reactions for a post have multiple fake profiles used by political parties to create a opinion.

The above mentioned points address the user aspects only, if dug deep dark data in back-end higher insights shall be extracted through data dumps and data generated through users. And this data is available with the platform plus the data provider for the user device. If there is a need the government in concerned jurisdiction can also access user data.

The recent findings of data misuse from Cambridge Analytica from Facebook data is a single case acknowledged properly so far, there are various loopholes on all these platforms which needs to be fixed.

With television channels available on mobile devices the line is thinning between conventional tv’s and internet tv’s. Here consider only conventional tv, there are several channels which operate 24X7 reporting about elections, lobbying for their desired political parties. There is little consensus expressed by these news channels to report unbiased news.

Moreover the surveys and opinion polls conducted by most news channels bring out results in favor of political parties which they approve and validate.

Once a heavily dependent mode of news consumption, now reduced in it’s numbers on advent of internet and television. Yet, they are making their presence felt through online news portals these days. All newspapers in circulation today have political affiliation to some or the other political party, this mode is comparatively trustable given there is an organization to look through articles printed on the newspaper.

Unlike the other modes newspapers are on record, from ages.

Thus, with these pointers on current technologies we head towards the Karnataka assembly elections on 12th May 2018. Vote for a candidate without prejudice but with reasoning, if you don’t like any of the candidates, press NOTA.

Exercise your power to vote. 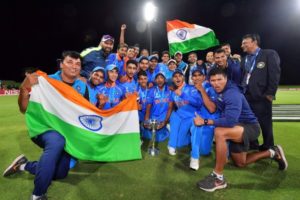 ICC U19 World Cup 2018 is special for India because the performance of this team has been clinical and simply outstanding.  Look at the track record starting from match 1 that India played in this tournament.

India won by 100 runs vs Australia

India won by 10 wickets vs Zimbabwe

India won by 131 runs vs Bangladesh

India won by 203 runs vs Pakistan

India won by 8 wickets vs Australia

The margin and the rate at which these boys have won matches has been phenomenal.

One man behind this stupendous show is ‘The Wall – Rahul Dravid’. Not to forget the contribution of other coaches and support staff involved with this team. Dravid, would definitely be a happy coach after winning the cup which his boys(different team) had lost a couple of years ago in the final.

This is India’s 4th title overall and 1st on New Zealand soil at under 19 level.

Things that this lads would have definitely learnt from Rahul Dravid:

i) To score runs patiently.

ii) To put a price on their wicket.

iii) To care for every single run.

Prithivi Shaw, Shubman Gill, Manjot Kalra, Anukul Roy have been the pick of this tournament.

Rahul Dravid comes from the old school of thought in going through the grind to master skills. This can be seen even today when he instructed the young boys to stay away from mobile phones till finals and concentrate on the tournament instead of IPL auctions.

Well, I remember reading in local newspaper that Dravid owns a plot in HSR Layout, wish he builds a home here so that I can meet him sometime in the future and brag he lives in my neighborhood.

Harsha Bhogle had once called Dravid as “the Wolf who lived for the pack”, well the wolf has grown now to guide the whelps.

Congratutions to U19 Indian cricket team and the coaches, including Rahul Dravid. 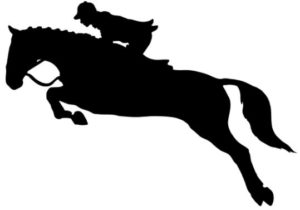